Are Bernie Farber and CJN derelict of duty?

Antisemitism is sky rocketing from the right, and more importantly, from the left.Common ground between two extremes. Jew hatred is rising in Europe.  Kantor Center for the Study of Contemporary European Jewry at Tel Aviv University concludes that “Europe’s largest Jewish communities are experiencing a normalization and mainstreaming of antisemitism not seen since the Second World War.” The study blames the surge on “the constant rise of the extreme right, a heated anti- Zionist discourse in the left, accompanied by harsh antisemitic expressions, and radical Islamism.”

In 2017, the Anti-Defamation League (ADL) found that the number of anti-Semitic incidents in the U.S. rose 57 percent compared to 2016 — the largest single-year increase on record and the second highest number reported since ADL started tracking such data in 1979.

Friends of Simon Wiesenthal Center for Holocaust Studies commissioned a study which found that one in six Canadians express views that could be considered anti-Semitic. Avi Benlolo, the centre’s president and CEO, says the Jewish community is the most targeted ethnic community in Canada.The Jewish human rights advocate B’nai Brith Canada tracks cases of antisemitism and they say it’s definitely on the rise, with 2016 and 2017 being record-breaking years. Most of the cases involve harassment and most of it occurs online.

Despite these statistics, we are witnessing an attempt to whitewash Jew hatred from the left; sadly from radical Islam. Why are Jewish community leaders and Jewish organizations  willing to whitewash an Imam, refurbish him, reclaim him and turn him from a man who promoted a negative attitude toward Jews/ Israelis/ Zionists, into a victim of circumstance, despite the fact that the Imam’s social media posts (exposed exclusively on my Blog: listed in Appendix), which were sent to them, clearly showed who he was. I am talking about Ayman Elkaswary and the prayers he delivered at Masjid Toronto mosque.

If our Jewish leaders and organizations will not stand up to Jewish/Israel/Zionism hatred, why should anyone else?

Bernie Farber the co-founder and Chair of the Anti-Hate Network provided the Imam with a path to atonement. The Canadian Jewish News (CJN) published articles attempting to cleanse the Imam. CJN was notified that it had published false information. Bernie Farber was contacted. 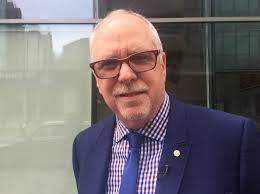 Look at the amount of time and energy spent by Bernie Farber and CJN to protect a man who has openly shared his views on Jews/Israelis, Hamas, ISIS, and terrorism against Israel.

On October 15, 2018, lawyer Tara Steinberg sent a letter on behalf of Lt Col (Ret) Jonathan Halevi, to Yoni Goldstein, the Editor in Chief of the Canadian Jewish News refuting “facts” in their articles.

“But a lengthy Oct. 22 article in the Toronto Star, which consulted a number of linguists, suggests that the remarks were mistranslated and taken out of context.”

“The imam was reflecting on clashes between Israeli police and Muslims at Jerusalem’s Al-Aqsa Mosque. The supplication to “slay them one by one” was directed at ISIS terrorists, who had killed Syrians, according to the Star…

“After meeting the imam and reading the work of the translators consulted by the Star, Farber concluded that Elkasrawry did not make anti-Semitic remarks.

“Ayman made a serious error in judgment, in terms of the manner in which he recited the Hadith, the supplication, but clearly was not being anti-Semitic in his mind, or, as it turns out, given the translation by three or four of the top Arab linguists in the world,” Farber told The CJN… Elkasrawy’s comments, while critical of Israel and its policies, do not meet the test of anti-Semitism.”

Lt. Col.(Ret)  Halevi‘s translation was not “mistranslated” of “taken out of context” as suggested by CJN, but accurate and supported by a myriad of authoritative Islamic sources, including Canadian.

Furthermore, Lt. Col.(Ret) Halevi was extremely cautious when taking into account the context of the prayers by providing background information about the views of the mosque’s head imam and the translation of prayers recited by another senior imam at the same mosque.

He also analyzed Elkasrawy’s social media posts that uncover his views and mindset at the time he recited the prayers in Masjid Toronto mosque. In response to media inquiries Lt. Col(Ret) Halevi shared with Toronto Star copious amounts of information with the Toronto Star which, apparently, were ignored.

Article 2 – November 20, 2017 – “We should welcome the apologies of those making amends” by Benjamin Shinewald

“But, as later reported in the Toronto Star, the story was much more complex. The video had been manipulated, the translation of “filth” was particularly dubious and the whole thing was posted on a now-defunct website linked to the alt-right…

“Think about this for a moment: a Muslim leader said some really bad things about us. Despite his words being twisted into something even worse, he immediately acted on his error, sought understanding and undertook what might be described as tshuvah.

This is the ma tovu story – the very outcome for which we pray every single day. While not as extreme, Elkasrawy belongs in the same tiny but wonderful category of ex-bigots and former neo-Nazis who realize the errors of their ways and emerge as spokespeople against their former views. We celebrate these small miracles and even invite them into our shuls to tell their stories.”

Lt.Col(Ret) Halevi embedded the original and unedited videos that appeared on the official YouTube channel of Masjid Toronto mosque.

A shortened version of  these videos was published by The Rebel Media. The Rebel Media’s video was not manipulated as suggested by CJN’s article. A short irrelevant part of prayer was cut off without changing the meaning.

The translation of “filth” was not “particularly dubious” as suggested in CJN’s article. It is the accurate translation of the Arabic word danas and it is supported by dictionaries, Arabic grammar, reliable Islamic sources including Canadian, leading research centres, and major news media agencies.

CIJnews was not a “website linked to the alt-right” as suggested by CJN’s article.

Elkasrawy’s “words” were not “twisted into something even worse.” Lt.Col(Ret).Halevi‘s translation is accurate.

In fact, this was borne out by Star journalist Jennifer Yang, who consulted a number of world-renowned academics from institutions including the University of Texas, the University of Edinburgh, Georgetown University, the University of Toronto and the Understanding Islam Academy. All independently agreed that the translation was at best misguided and at worst manipulated to present the worst possible meaning.

For example, Elkasrawy never said that Jews should be killed “one by one” nor, say the experts, did he ever use the term “Jewish filth” in describing the presence of IDF soldiers at the mosque site.”

The expert from the University of Edinburgh admitted that he did not receive from Toronto Star Elkasrawy’s prayers (video or text). He revealed that he was asked to give his opinion only on one particular line (“purify al-Aqsa mosque from the filth of the Jews”) after he was told that Elkasrawy said to Toronto Star that he didn’t mean to cause offence to the Jews. The expert from the Understanding Islam Academy has been an imam at Masjid Toronto mosque alongside Elkasrawy and impartiality is seriously questioned. Once confronted with the evidence contradicting their allegations and supporting Halevi‘s translation, four experts refrained from defending their statements and the fifth has not yet sent his final position.

Lt.Col(Ret) Halevi did not claim that Elkasrawy said that Jews should be killed “one by one” as suggested by CJN’s article. In his article Lt.Col(Ret) Halevi wrote: “In 2016, imams (religious leaders who lead the prayers) at the mosque recited supplications to Allah in support of the “mujahideen (those who engage in jihad) everywhere”, the total destruction of the enemies of Islam and the purification of Al-Aqsa Mosque from the “filth of the Jews.”

Lt.Col(Ret) Halevi never claimed that Elkasrawy used the term “Jewish filth”. He accurately translated Elkasrawy’s supplication as “purify al-Aqsa mosque from the filth of the Jews”.

Elkasrawy’s prayer did not describe in any shape or form “the presence of IDF soldiers at the mosque site.”

Despite the evidence sent to CJN, Mr. Goldstein responded that they would not be taking any action. 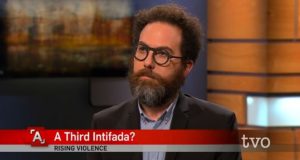 Bernie Farber was notified that he published false information. On August 23, 2018 I sent a media inquiry to him:

In a series of investigative articles I’ve recently exposed major factual errors in the Toronto Star’s article and showed that Jonathan Halevi‘s translation was accurate and is supported by reliable authoritative Islamic sources, including Canadian. I also published Elkasrawy’s social media posts which were removed by Elkasrawy (“I have nothing to hide”) a few days after Halevi‘s article was posted. Elkasrawy’s social media posts dealt with the Jews, antisemitic conspiracy theories, the concept of impurity related to disbelievers’ presence in mosques, Muslim Brotherhood, Hamas, Al-Aqssam Brigades, Al-Qaeda affiliate in Syria, the Islamic State – ISIS, jihad against Israel, jihad against the West, terrorism and the war on terror. Please read the articles listed in the appendix.

I hope you will take the time to read these articles. Had you been aware of the information provided in those articles would you have had a different opinion on Elkasrawy and the prayers at Masjid Toronto Mosque (October – November 2017) than the one that was shared in the Toronto Star article?

Did you try to contact Jonathan Halevi to ask him for clarification with regard to the Toronto Star’s article?

Please respond by 6 PM August 25, 2018. If you require more time please let me know. The article will be published soon to be followed by a book in the upcoming months.

Bernie Farber chose not to respond. He did not retract his comments about Elkaswary nor his support of him despite the evidence sent to him.

If our Jewish leaders and organizations will not stand up to Jewish/Israel/Zionism hatred, why should anyone else?

Why doesn’t the Toronto Star correct and apologize for its front page #FakeNews article?

Ibrahim Hindy sets his own definition of antisemitism in Muslim prayers

Toronto Star #FakeNews: Writing about social media posts but neglecting to check them!

#FakeNews Toronto Star: What prayers are shared in the Masjid Toronto Mosque?